WHY BEING A NIGHT OWL ISN’T A BAD THING

We all know Benjamin Franklin’s adage: “Early to bed and early to rise makes a man healthy, wealthy and wise.”

But is it true?

If people go to bed at a decent hour and get up early the next day, are they really more successful? Or did dear old Ben pull a fast one on all of us?

As a lifelong night owl, I’ve always struggled to be on time in the morning and suffered through early-morning meetings, classes, and exams. Now that I work from home, I receive more than my fair share of jokes and eye-rolls when I decline morning activities.

It’s not that I like sleeping in. If anything, it’s the opposite. Ever since I was a little kid, I had trouble going to sleep early and would lie in bed for hours. Now, as an adult, I typically stay up until 3:00 am or later, usually writing, working, or reading.

More than once I’ve tried to get up earlier to exercise, to organize my day, to journal or write “morning pages,” or any number of things people recommend to boost happiness and productivity. But getting up a bit earlier just never works for me.

Are night owls like me (and maybe you) just lazy? Broken in some way? Or could there be something else going on?

Let’s take a look at different chronotypes (morning people and night people), what they mean in modern society, and whether or not people like us can (or should!) try to change.

Putting Mornings on a Pedestal

In addition to Ben Franklin’s saying, we also know that “the early bird catches the worm.” But why is it that getting up at the crack of dawn has always been associated with hard work and success?

Back in the 18th century when Franklin was around, it made sense to get up early. Without electric lights, people would structure their day around the rising and setting of the sun. Sleeping late meant you would lose precious time to plant or harvest crops, travel, or do all of the other work that required light.

Beyond the pure practicality of waking up early, there’s evidence that as a species, human beings are hard-wired to wake up in the morning. Psychology Today points out that circadian rhythms are common to the majority of animal life on the planet, including us. It’s coded within our genetic makeup. And as far as researchers can trace it back, human beings have always lived diurnal (daytime) lives, rising with the sun and sleeping with the stars.

Nowadays, even with electricity that allows us to work around the clock, people still seem to agree that the day starts at sunrise and like to point out all the benefits of being a morning person.

For example, studies suggest morning people are more likely to be punctual (especially for early morning classes, which surprises no one!). This example alone might be a correlation between being an early bird and being proactive about one’s life. Researchers also suggest that early risers (or “larks”) get better grades. It doesn’t take a scientific study to tell us that bosses like early birds better, but that’s been documented as well.

Meanwhile, we have “morning pages” (based on Julia Cameron’s concept, which we discuss in this post) and article after article talking about how much more productive you can be if you just wake up an hour or two earlier.

CEOs and other business leaders often brag about how early they start their days, and how much they can get done before the rest of the world wakes up.

As described in a 2005 article in The New York Times, being an early riser is a mark of social success among the elite:

“To really get ahead in the world, to obtain the sacred stuff of CEOs and overachievers, one must get up before the other guy, when the roosters themselves are still deep in REM sleep. And of course, since so few people are awake at such an ungodly hour, the early risers of the world take special pains to let everyone else know of their impressive circadian discipline.”

The author goes as far as to describe this pressure to be a morning person as the “age of competitive waking.”

We’ve all heard the stories of the corporate executives who get up way before the crack of dawn. There’s  Melania Edwards of HSBC who “gets up at 5:30 a.m. to meditate, check in with friends and family in different time zones, and play tennis.” And there’s Julia Wainwright, CEO of The RealReal, who gets up at 5:45 in the morning so she can start her day well before she gets to the office by 9:30. Let’s not forget Apple’s Tim Cook, Disney’sRobert Iger, and Starbucks’ Howard Schultz, all of whom reportedly start their days between 3:45 and 4:30 in the morning.

When you see all of these successful people setting their alarms so early, you have to wonder. Are mornings really the secret sauce for success? 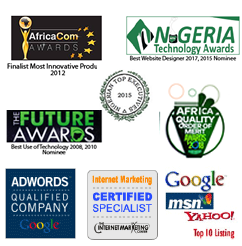 of our clients would use us again or recommend others to consult us.